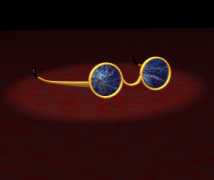 Dr. Franco, Chris's late great-uncle, was an eccentric geneticist who for decades conducted his bizarre experiments in the dungeon of a medieval Swiss castle.

His lifelong search for the best animal from which to create the perfect pet eventually led him to Australia where he discovered the untapped potential of wild wombats. He subsequently moved there (though he absentmindedly forgot to tell anyone), and after many years of isolation, experimentation, and depravation, he created the world's first genetically-engineered Wombie. 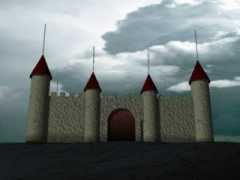 Working diligently for the next three years, Dr. Franco created many more Wombies, nevertheless, for some unknown reason, none ultimately fulfilled the promise of his first creation, Binky.

When Dr. Franco was tragically killed in an eerie lab accident (sabotage?), the authorities ordered all his experiments terminated. Lead by Binky, the Wombies barely escaped with their lives and their Wine Gums.

Copyright © 1999 Peter Marinacci. Edited by RLB Hartmann. All Rights Reserved. Please don't copy or reproduce the material on these pages without prior permission.